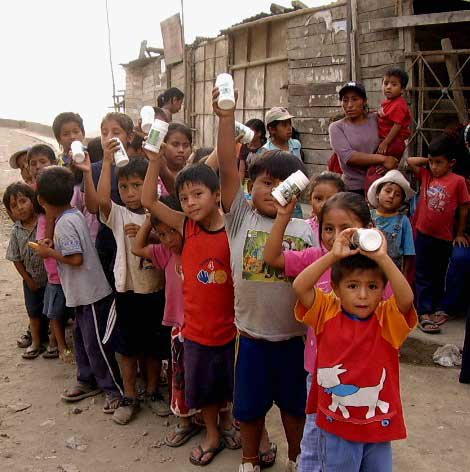 Children's Hunger Fund passing out Usanimals to children in Peru

How healthy is your home?

Worth watching!
Posted by Help Me, Help You, Help Them at 9:27 PM No comments: 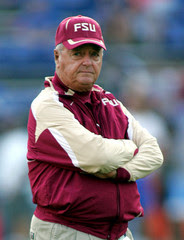 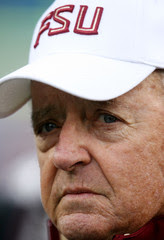 Bobby Bowden announced his retirement on December 09, 2009 after 34 years with Florida State University.

I am Here on Earth for Just a Little While

Life can be described as

a wisp of smoke

There are only 2 certainties we can count on in life:

So don't get too attached!  We are just passing through.  Scripture says, "All they think about is this life here on the earth.  But we are citizens of heaven, where the Lord Jesus Christ lives".  Folks, we are not living for the here and now, giving in to the temptations around us.   The Bible clearly states, "You're cheating on God.  If all you want is your own way, flirting with the world every chance you get, you end up enemies of God and His way."

Knowing this should change your values radically.  Your life in eternity should be changing how you shape your life and your decisions.

Life has nothing to do with material abundance!!  In God's eyes, we are heroes if we faithfully serve Him.  It is NOT in wealth, success and power.

Why are we spending time on things that are so temporary?

I ask you this:

How should the fact that life on earth is just a temporary assigment change the way you are living right now?

We are Christ's ambassadors and this world is not your home.  Don't get to comfortable here.  And don't trade your soul for your ego.

While you are on this temporary assignment, I encourage you to think about how you are spending your time and your money.

What legacy are you leaving behind?

Join Help Me Help You Help Them and leave a legacy behind of what it really means to step out and live this brief life meaningfully.  Join us on a mission trip.  Join us in sharing God's love to others.  Show your children, family and friends that what you do through God's strength and direction is what matters.

Live that legacy you have always wanted to leave behind.  Now is the time!
Posted by Help Me, Help You, Help Them at 1:44 PM No comments:

Dress rehearsal before the real production

Have you ever thought about our life here on earth being a dress rehearsal?  A preparation for eternity?  Sir Thomas Browne said "The created world is but a small parenthesis in eternity" in Christian Morals Pt:3 :29.  God wired our brains so that we long for immortality.  That's for a reason my friends!  We were made to live forever!  Our bodies are referred to as "tents" many times in the bible.  But the bible also refers to our future bodies as a "house".  Your tent will be torn down one day and your future is an eternal home with the Lord.

Are you ready to realize there is more to life than the here and now?  If you view life in this way, I promise you, you will begin to live differently.  Activities and goals will seem petty and not a lot of time will be spent on them.  The key is, the closer you are to God, the smaller everything else appears.  Your values will change, your relationships will change, even the way you spend your money will change.

The bible says, "No mere man has ever seen, heard, or even imagined what wonderful things God has ready for those who love the Lord".  Are  you ready to take the plunge and see what wonderful things God has in store for you?  Help Me Help You Help Them has made that commitment.  Please join us on this great adventure!  Remember, our time on earth is just a blink of an eye, but the consequences of it will last forever.

Our slogan is not the popular, "this is the first day of the rest of our lives".  It is "taking care of the business of every day to prepare for our final day".
Posted by Help Me, Help You, Help Them at 9:19 AM 2 comments:

Let me start off by saying that I was NEVER into vitamins, exercise or nutrition.
I was always naturally on the thin side and I figured that if I still looked good in my clothes, all was well in my world. I deserved a little “tire” around my waiste. Hey, I birthed 4 kids!
Then, I felt the calling. A calling to go out and travel to countries that were underdeveloped. I had dreams of feeding starving children and comforting mothers who were trying to cope. I even started taking classes toward a degree in social work.
Now the opportunity had finally arrived. A mission trip was on the horizon and I was going!
After watching video clips of mission groups back packing through the mountains of Peru and hiking through “The Bush” in Africa, I knew I was in trouble. I couldn't even climb to the top of our kids sledding hill without feeling like I was going to have a heart attack! How was I ever going to keep up with my group on a mission trip? I was pretty sure there weren't many mission trips where you could sit around all day on a lawn chair by the scenic ocean and pass out food and vitamins.
I was determined to lose 15 lbs. and exercise 20 minutes every day. I even threw in some USANA vitamins, protien bars and shakes to help me kick the sugar and pop habit. I figure as long as I am going to be distributing USANA vitamins to these underdeveloped countries, I might as well be taking them. I didn't want to be a fraud while trying to get donations.
So far I have lost 5 lbs this week! I feel great! My husband is proud of me. My jeans are getting looser around my waiste and I have more energy and less anxiety. I feel good! So, now I can safely say, I love this new health kick of mine and think I will stay with it.
My next goal is figuring out how to encourage people to donate vitamins to The Children's Hunger Fund. Feel free to give me your ideas. I want to hear from you! Is there anyone out there who has a heart for children living in poverty and the broken hearted? I need friends that will be on FIRE for this cause and keep me encouraged! Leave your comments for me!
I will now go back to studying my social work pre-requisite-Cultural Anthropology. Can't wait to hear from all my new friends!
Posted by Help Me, Help You, Help Them at 10:56 AM No comments:

Our mission is to use our relationships to impact our communities and change lives by challenging, encouraging, and supporting each another to help those in need.
Posted by Help Me, Help You, Help Them at 1:44 PM No comments:

Driving Through the Slums of Peru

Simple Truths to Protect Your Family from Hidden Household Dangers

Help Me, Help You, Help Them
Our mission is to use our relationships to impact our communities and change lives by challenging, encouraging, and supporting each another to help those in need. We now have the opportunity to generate tens of thousands of dollars in donations per month that will change the lives of tens of thousands of starving children thru a relationship with Usana & the Children’s Hunger Fund. 1)Commit to donating the minimum of $12 per month to CHF 2)Choose two good friends and encourage them to donate the minimum of $12 per month 3)Help them do the same Why Vitamins for the Poor? Vitamins save lives. One in three children worldwide is undernourished. We can change that. Essential nutrients help build the foundation for good health and the opportunity for children to lead meaningful and productive lives. CHF utilizes Usana nutritionals to reduce child malnutrition and mortality by utilizing churches and organizations in the local community to hand deliver vital nutrients to children in need. Invest in People: The world’s best investment. Please let us know how we can help you help them.